Showing posts from February, 2008
Show all

February 25, 2008
My friend Mike tagged me to write this book blog so here it goes: One book that's changed your life: -Messy Spirituality by Mike Yaconelli One book that you've read more than once: -Messy Spirituality by Mike Yaconelli -Fresh Wind Fresh Fire by Jim Cymbala -Velvet Elvis by Rob Bell One book you'd want on a desert island: Physician's Desk Reference. ...hollowed out, inside: waterproof matches, iodine tablets, beet seeds, protein bars, NASA blanket, and, in case I get bored, Harry Potter and Sorcerer's Stone. No, Harry Potter and the Prisoner of Azkaban. Two books that made you laugh: -Seinlanguage by Jerry Seinfeld -Anything by Donald Miller One book that made you cry: -Walk-On by Alan Williams One book that you wish had been written: -The true stories of church planting. One book that you wish had never been written: -Any book in the Left Behind Series. - Any book on the "right" church model Two books you are currently reading:
1 comment
Read more

My Resonse To Tony Nolan

February 21, 2008
Tony Nolan, the speaker at this years Winter Jam Tour that I commented on in my previous blog, wrote a comment asking very nicely to explain my feelings about Winter Jam in more detail. The following is the emailed response I sent Tony. I am posting it not to start any type of public debate between Tony and I but to instead to explain myself more clearly in case there are others who were curious about my thoughts. I don't know Tony but I know he has a great reputation as a youth speaker and I appreciate him challenging me on my blog. Hey Tony, I appreciate you commenting on my thoughts. I know it may have appeared I was "down" on the whole experience but really it was just certain aspects of it. I'm also very sorry if it appeared like I was attacking you. I never meant that but I can see how my words were a bit harsh without a deeper explanation. First a little background...I have been to every Winter Jam concert that has ever come to our area with the exception of
1 comment
Read more

February 20, 2008
Who needs myspace, facebook, and clasmates.com. All you need is craigslist. Yesterday I went to buy an art easel my mom found for the kids on craigslist ( http://www.craigslist.com/ ) Why we need an art easel is beyond me but whatever. Anyway...I contact the guy selling it and arrange to come over and pick it up. When I arrive I'm met at the door by his wife who greets me with a "Hello Michael, do you remember me?" Honestly she looked a bit familiar but not enough to even attempt to figure out from where. She then told me who she was and she turned out to be a girl I went to high school with. It was great to reconnect since we hadn't seen each other in 14-15 years. He husband turned out to be a pastor at a church in Greensboro and they spent several years over seas as missionaries. Small world. I ended my 2-year boycott of "Winter Jam" this past weekend. (A Christian concert that travels the country each Jan/Feb/March http://www.jamtour.com/ ). I'll gi
1 comment
Read more

February 15, 2008
First, future episodes news... From Kristin at Eonline Lost is back! Oh, wait, that happened two weeks ago. What I mean is, Lost will be back-back, after the strike. And even better, we've just checked in with inside sources, and we have dates! Yes, dates! So, break out your calendars, 'cause we're hearing this is the approved plan: The last episode of the current pod (episode seven) will air Mar. 13. Then the show will be off the air for six weeks and return Apr. 24 at 9 p.m. (That Apr. 24 episode will be the already-completed episode eight, which was filmed prestrike, but which apparently works much better as a minipremiere than it does as a minifinale.) Anyhoo, the following week, on Thurs., May 1, a little show called Grey's Anatomy returns to its usual 9 p.m. time slot, so Lost will move to 10 p.m., where it will stay for the rest of the season. "Yippee" just doesn't do it justice, does it? To find out what this all means for the season-four s
Post a Comment
Read more

February 08, 2008
Another amazing episode last night. Here are some questions and theories I have after giving it a little thought: Where does the "new" Oceanic 815 plane come from? Least likely: Oceanic sunk another plane and set up the finding of it to bring closure to the disappearance. Sort of likely: Darma sunk the plan to get searchers away from what they are looking for which is the island Most likely: Ben had the fake 815 sunk and found so that people would not accidentally find the island. Why are the four searchers after Ben? They work for Darma and they want revenge on Ben for gassing their people. They want to take back the island. That would explain the box of gas mask Jack found. Who is the mysterious black guy we've seen the past two weeks? Head of Darma Could that guy be the person in the coffin Jack visits? Maybe How do the "Oceanic Six" make it off the island? The helicopter. It can only hold 6 and they feel guilty for leaving the rest behind. Who are the
1 comment
Read more

February 06, 2008
If you were like me and raised in a church / denomination that never mentioned the words Ash Wednesday or Lent, then you're probably wondering what the heck is all this stuff about. I was first introduced to the concept of Ash Wednesday and Lent ten years ago when I took a youth pastor's job at a United Methodist Church. For all the things the UMC gets wrong, this is one particular thing they get right. So what is Lent? I'm glad you asked... Lent is forty days long because forty days is a traditional number of discipline, devotion, and preparation in the Bible. Moses stayed on the Mountain of God forty days (Exodus 24:18 and 34:28), the spies were in the land of Canna for forty days (Numbers 13:25), Elijah traveled forty days before he reached the cave where he had his vision (1 Kings 19:8), Nineveh was given forty days to repent (Jonah 3:4), and most importantly, prior to undertaking his ministry, Jesus spent forty days in wilderness praying and fasting (Matthew 4:2). Sin
3 comments
Read more

February 05, 2008
"Pearl Jam" front man Eddie Vedder did a remarkable job on performing all and writing most of the songs on the "Into the Wild" soundtrack. My favorite song is one called "Guaranteed" which he recently won a Golden Globe for. I ran across this video he put together for it so I thought I'd pass it along.
Post a Comment
Read more

My Full Moon Fever: A Tribute to Tom Petty 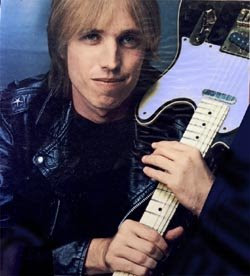 Back in the summer of '89, a friend and I were at Greensboro's annual "Fun Fourth" celebration. At a booth set up by a local music store I spun a big wheel to win something cool. My prize was a tape by some guy named Tom Petty. Barely out of middle school, I had no idea who this guy was. I was just happy to get a new tape to add to my small music collection. I couldn't wait to get in my mom's car and pop it in for a listen. When I did I was blown away, it was terrible. Who was this guy and why does he sing like that. I fast forwarded to each song and they all were bad. When I got home a tossed it on my dresser and there it sat for a few weeks. Then the radio started playing a song from the tape called "I won't back down". And they played it 24/7. It eventually grew on me so I decided to give "Full moon fever" another chance. This time I fell in love with it. I couldn't listen to it enough. It now holds a place in my top 10 favorite
Post a Comment
Read more 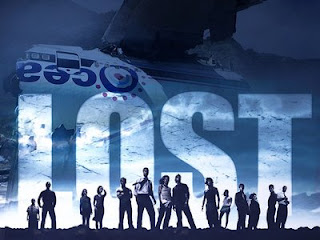 FREAK'N AWESOME!!!! Very few TV shows/movies ever live up to the hype but with all the expectations on the writers of LOST to deliver after last season's mind blowing flash-forward revelation, they not only met but far exceeded everything I could have imagined. The show was well written, nerve-racking, mysterious, and touching. For a TV show that borders on being perfect, they may have nailed it with "The beginning of the end". Another very cool experience was our first "LOST" party. Brent and Kaylyn have recently become addicted to LOST (if you call watching all 3 seasons of LOST in 2-weeks addicting...or nuts) and they came over to join in on the viewing fun. Our own little group of "Losties" tried our best to dissect the show during commercials as we crammed our faces with chips and junk food. Good times. Vozzek69 who runs the web site Dark UFO wrote an excellent summary of his thoughts from last nights show: Pretty Sneaky Sis Hurley’s Dukes of
1 comment
Read more

February 01, 2008
Why Serve? “It Flows From Me...” by D.L. SjoMoody “I’m paying for the person’s coffee behind me as well.” Response of that person: Totally predictable. “I could have sworn I just heard you say you were paying for my drink...” “I did. Please tell this barista what you want - and make sure it is a venti size (the large one) - nothing conservative please.” "Oh, you don’t need to do that. I can pay for my own coffee drink.” “Well of course you can. You wouldn’t be standing in line if you couldn’t unless you were expecting a miracle of some sort - were you expecting a miracle?” (I like to rib people - usually they start laughing at that point!) “I can’t let you do that!” “Oh yes you can. I aspire to serve a number of people each day - every day - seven days a week. It seems to be more fun to serve others than to be served. If you don’t let me serve you I will have to do something really odd like help a little old lady cross the street - and the nearest crosswalk is like
Post a Comment
Read more
More posts