Showing posts from January, 2007
Show all

My World At War

January 31, 2007
Stop me if you've heard this one... There's a major conflict overseas. Countries are at war and a ruthless dictator is stripping every man, woman and child of their God given freedom. The United States sits back and "cautiously observes the situation" but makes repeated promises not to get involved. Then one morning we wake up to see our country has been attacked. So as all proud countries do, we decided to fight back. Not only do we fight back against the ones that attacked us but also the evil dictator responsible for ripping the rest of the world apart. At first all is great and the country is behind our new "war" 100%. Enlistment lines are wraped around city blocks with people wanting to give all they can to help battle this new enemy. The United States is bursting with patriotic pride. Every man, woman, and child not fighting overseas has pledged to do "their part" to defend our country and the war torn countries that are our allies. As the
Post a Comment
Read more 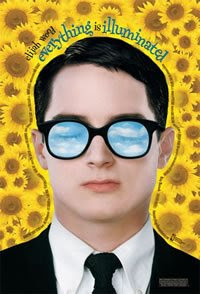 Saw 3 Jigsaw is back for a third visit into this very popular horror series. I must confess that I loved the first 2 "Saw" movies. The combination of storytelling, suspense, twist, and gore makes these movies as close to a perfect horror movie as you can get. When I kept hearing this 3rd installment was better then the others I couldn't wait to check it out. In true "saw" fashion it features yet again head turning gore, a very intricate plot, and it's trademark surprise ending. After watching it, I won't say it's better then the first two but it is as good. It's really hard to beat the first "Saw" if only because you had no idea what to expect. By now you know there will be a twist at the end that will leave you feeling stupid for not picking up on it earlier. I will say the newest "Saw" was much more gory then the previous two. If you're a fan of the other "Saw" films then you'll enjoy this. If your eyes and
Post a Comment
Read more

January 25, 2007
Excuse me while I rant.... Last night I had my first chance to see in person my Wake Forest men's basketball team in action. They were at home against rival UNC. As I've been following their progress all season long on TV and the internet, I kept hearing that their poor record was caused by the team being so young (13 of their 15 players are freshmen and sophomores). So I expected to see this young scrappy team with a lot of energy and potential to win maybe not this year put in the very near future. What I witnessed was what may be the worst Wake Forest team I have ever seen play. I've been following WFU basketball for 20 years. I know bad teams. I watched first hand the Wake teams of Ivy, McQueen, and Kitley lose year in and year out. But those teams would have run circles around this current squad. What the Wake teams of old lacked in talent that made up for in hustle and game strategy. The current team can't shot, they can't pass, they can't hold on to the
Post a Comment
Read more

January 24, 2007
Lately at church I have asked various people from different backgrounds and walks of life to give their story of how they came to follow Christ. This past Sunday my dad spoke. It was not his first time sharing, he had shared his story at an Easter service a couple of years ago, but for some reason I've found myself reflecting more on his story now then I did previously. My dad was born in June of '48. His father passed away while he was an infant and his mom moved to Californian to pursue a career on various cruise ships. That left my dad being raised by his grandparents. He quit school in the 10th grade, was in constant trouble with the law, and even spent time in a juvenile home. In '68 he volunteered for the Vietnam war. While fighting on the front lines he saw and experienced more horror then the average person could even imagine. Once he got home, he met my mom and was soon married. They started a life together, bought a house, had 2 kids, and began a 30+ year carrier
Post a Comment
Read more

My Game Of Catch-Up

January 22, 2007
Maybe it's just me, but for whatever reason the last two Sunday's at church have been our best back-to-back services in a very long time. Both weeks the people who were there seemed genuinely excited about being there. Our new series has gotten the best reviews of any series I have ever done. The highlights have been the personal sharing times when folks from the congregation have shared there story of how they came to a point to want to follow Christ. they say it better then any pastor ever could. I have one sick family. Literally, we're sick. First it was maria, then Beth, and now me. I'm sure Jacob will be next unless he is unbreakable like Dwight Schrute. Speaking of Dwight, "The Office" has been near perfect the past couple of weeks. if you've missed either of them, here are some great quotes: Dwight: One of my life goals was to die right here, in my desk chair. And today, that dream was shattered. Dwight: Although I love this company more than
Post a Comment
Read more

My Wonderful World Of Disney 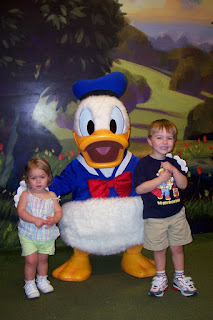 Man, I can't believe how long it's been since my last blog. I've gotten really lazy. So what have I been doing since my previous post over 2 weeks ago? Well I spent time getting ready to take my family to "The happiest place on earth" (Their words not mine), actually traveling to and spending a week at Disney World, then spending the past few day in recovery from all that dang "happiness" they pour on you down in Mouseville. Overall it was a great vacation spent with my terrific family and some wonderful friends. We spent 2 days at The Magic Kingdom, 2 days at Sea World, 1 day at Animal Kingdom, and 1 day at MGM. As per my previous post that highlight my travels, I will give my "best of" and "worst of" the trip along with a bonus ranking of all the major theme parks in Orlando (with & w/o kids) Best Of... 1) Seeing our kids react to meeting the Disney characters. To Jacob and Maria, it was like meeting their heroes. 2) Seeing our
Post a Comment
Read more

January 02, 2007
It’s that time of the year again where most folks are either busy making New Years resolutions or breaking them. I’ll admit that I set a few last year and in each of them I came up a bit short. I wanted to read 24 books and lose 10 pounds. I ended up reading 23 books and even though I lost more then my 10 pounds at one point, by the end of 2006 I had gained it all back. This year I will attempt once again to tackle those same resolutions with hopefully different results. Now what about you? More importantly, what resolutions will you and I make to God? I recently challenged my church to some tough commitments for ’07 and I thought they were worthy enough to pass along to you the reader. What if in 2007 we looked at three areas in our own spiritual lives and committed to be a bit more “involved “ then in past years. What are these areas I’m speaking of? I’m glad you asked. The first is Communion (in Relationship with Christ ). This is accomplished by digging into God’s word and through
1 comment
Read more

January 01, 2007
It is very hard these days to find a great movie that brings the aspect of comedy and drama together. Most are your usual sappy moments sandwiched in between some over the top comedy. Not here. "Little Miss Sunshine" is anti-formula, rarely predictable, smart, highly entertaining, quirky, and very original. Quite simply - everything is first-rate in this movie. And there's a real, mature, adult story-line here. This group of actors was the perfect ensemble. Every single performance was great! The looks they gave each other were better performances in and of themselves than most actors can hope to evoke with the spoken word. It begins with 7-year-old Olive (Abigail Breslin) watching the Miss America pageant and studies it with fascination. It's obviously recorded and she replays the same moment over and over again. She's so unused to winning she has to live through someone else's victory. We meet her father (Greg Kinear) a low-level self-help guru whose also o
Post a Comment
Read more
More posts