My Farewell to Falwell

May 16, 2007
So Jerry Falwell passed away yesterday and with his passing one of the most influential christian leaders of the past 100 years died too. Sure Jerry had his fair share of faults. He to often mixed his religious beliefs with politics, made outlandish statements, and a lot of times help contribute to the already poor world view of Christians. But the one thing his critics can't take away from him is his life of action.

What has always bothered me the most with all the Falwell haters is the fact that he would do more for society, regardless of their beliefs, in one day then all his critics would do in a life time. How many people sit around, christian and non christian, and criticize the things Jerry would say but they never get off their butts and do anything better. So in that aspect Falwell will be missed. Maybe not for his off center remarks but for the fact that he often led by example while his critics sat by the side and did / do nothing.
Christianity Thoughts 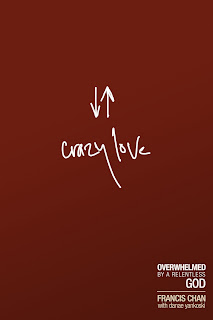 I've had the opportunity to lead several small groups based of the Francis Chan book "Crazy Love". The discussion questions that come with the DVD study leaves a lot to be desired. So through my own personal questions and questions from other "Crazy Love" resources online I've been able to develope a more indepth study of the book. Below are the questions I have used for all 10 chapters of the book study. Feel free to use them as you'd like.

Chapter 1: Stop Praying
Stop and think about the last prayer you voiced. How did you begin? Our Father? Dear Lord? Jesus? What word or phrase did you use to start the prayer? Now, take a minute and consider the prayer you prayed before that prayer. How did you begin? Same word or phrase? Different? Sorta different or radically different? If you begin all your prayers in much the same way, ask yourself why.

Read these words from G. K. Chesterton:
A child kicks its legs rhythmically through excess, not absence, of li…
Read more 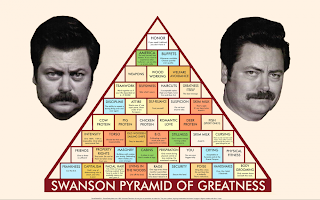 “I have been developing the Swanson Pyramid of Greatness for years. It’s a perfectly calibrated recipe for maximum personal achievement. Categories include: Capitalism, God’s way of determining who is smart, and who is poor. Crying, acceptable at funerals and the Grand Canyon. Rage. Poise. Property rights. Fish, for sport only, not for meat. Fish meat is practically a vegetable.”

“The less I know about other people’s affairs, the happier I am. I’m not interested in caring about people. I once worked with a guy for three years and never learned his name. Best friend I ever had. We still never talk sometimes.”

“Now, I know I’m not going to find somebody that’s both aggressively mean and apathetic. April really is the whole package.”

“You had me at meat tornado.”

“I’m surrounded by a lot of women in this department. And that includes the men.”

“When I walked in this morning I saw that the flag was at half mast, I though, ‘All right, another bureaucrat ate it!’ And then I saw it was Lil…
Read more 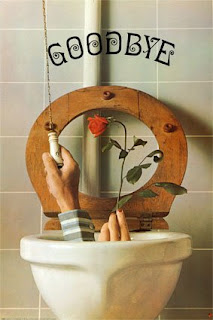 After 400+ blog post stretched over 3+ years, I have decided to close down jesusgreek.com. It's not that I don't have any more rants or musings about life I wish to share, I just don't have the desire. Thanks for reading and for all the encouraging and not so encouraging discussion that has been shared here.